Nairobi City is not only just a capital city of Kenya and the largest city in Kenya but also a great tour destination to visit during your African safari in Kenya, Nairobi city is a romantic and adventurous city with a beautiful pass from the colonial days. Nairobi city gets its name from a Maasai phrase Enkare Nairobi which translates as “cool water”, the city was founded in 1899 by the British colonial masters as a rail depot on the Uganda – Kenya Railway. 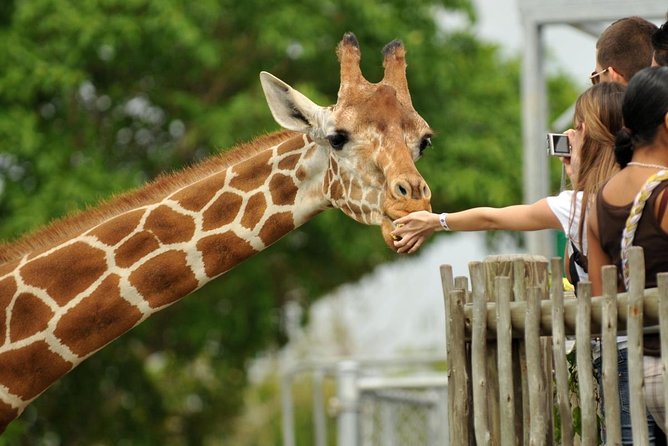 Nairobi city has a rich history, culture and tourist attractions which make this bustling city an amazing destination, Nairobi is explored on Nairobi city tour which is a thrilling experience which will offer you the best tour of the city.

Nairobi national park is a haven to a wide variety of wildlife including lions, leopards, cheetahs, hyenas, buffaloes, giraffes, warthogs, endangered black rhinos. The park is a habitat to diverse birdlife with over 400 species of birds recorded in the wetlands, these birds include black headed heron, common moorhen, ostrich, and blacksmith lapwing among others.

Nairobi national park offers thrilling safari activities you can involve in during your visit your Nairobi city tour and these include game viewing, bird watching, nature walks and photography.

The David Sheldrick Wildlife Trust is an orphan-elephant rescue and rehabilitation program protecting elephants rescued from poachers and orphan elephants, this project was started by Dame Daphne Sheldrick in 1977 in loving memory of her husband who was once a warden at Tsavo East national park and since 2001 it has been run by their daughter Angela Sheldrick

While visiting David Sheldrick Wildlife Trust you get to spend time with the orphaned elephant, feed them and watch them as they bath in the mud.

The Giraffe Centre is an incredible site to visit if you are fun of giraffes, the center is a non-profit center situated on the edge of Nairobi national park and is lies on the grounds of the plush guesthouse. The Giraffe center offers a face to face encounter with the endangered Rothschild’s giraffes, while visiting this center you get to engage in a 1.5 kilometers self guided forest walk.

Karura Forest Reserve is a good site to visit during your Nairobi city tour if you are looking for some solitude near the city, the forest a lush green area with cool weather and shady oasis situated just a few kilometers from the city center. Karura Forest Reserve is one of the largest gazetted forests in the world to be found fully with the city limits, the forest covers an area of about 1000 ha.

Karura Forest reserve features a 15 meter waterfall, archaeological sites, an old chimney incinerator which was used by the Central Bank to burn decommissioned currency until mid 1990s. Lake Lily, caves among others which you will enjoy encountering during your visit.

Karen Blixen Museum is a must visit site during a Nairobi City Tour experience, the Museum is set at the foot of the beautiful Ngong Hills. The Museum is a former home for Karen Blixen a famous author nicknamed Out of Africa author and also named by her pen name Isak Dinesan, Karen Blixen lived in this farm house from 1917 to 1931 where she ran a coffee plantation.

The colonial farm house which is currently a museum is well preserved and it features a kitchen in a separate building, a coffee-drying plant in the woodland and an agricultural college on the grounds. There are also furniture that belonged to Karen Blixen and her husband, photographs and belongs owned by Karen and her husband Deny’s Finch Hatton that displayed.

During your visit to the Karen Blixen Museum a tour guide will narrate the story of Karen Blixen and what the colonial Kenya was like.

Nairobi National Museum is an amazing historical site and unmissable site during a city tour in Nairobi, the museum offers an insight in the cultural and natural history of Kenya. Nairobi national museum is a flagship of museum in Kenya, the museum showcases diverse exhibits including 900 stiffed birds and mammals, fossil from Lake Turkana, ethnic displays belonging to Kenyan tribal groups and several exhibits of beautiful local art.

When you visit this museum you will enjoy watching and exploring an impressive collection of rocks and minerals, learn about the tectonic plates and the life of cycle of a volcano. The museum has a Hominid Vault with a collection of prehistoric bones and fossils include preserved fossil of an elephant.

Bomas of Kenya are a hot spot for Kenya cultural and a tradition, this site is a living museum showcasing and celebrating the traditions and culture of various tribes in Kenya. Bomas of Kenya is situated 10 kilometers from Nairobi city center along Forest Edge Road off Langata Road, the site encompasses of a reacted traditional village with homesteads or Bomas each reflecting the culture of various major ethnic groups of Kenya.

On every afternoon, traditional dances and songs are performed in a large theater making it the best site to visit in Kenya if you wish to learn more about lifestyle, art, music, crafts and culture of each of Kenya’s tribe.

Kazuri Beads Factory is one of the perfect sites to visit for tourists looking for some unique souvenirs and gifts to take back home, this beads factory is situated on Mbagathi Ridge, Karen in Nairobi city. Kazuri Beads Factory was established by local women including single mothers who you will witness making the beads and other pottery items from scratch, during your tour you can also purchase some of the items at a relatively reasonable price.

Kenyatta International Conference center was named from the first president of the republic of Kenya, Jomo Kenyatta, the structure features a pale terra-cotta façade resembling the color of traditional African huts and a central plenary halls which resembles the ancient Roman senate.

When you visit the Kenyatta International Conference Center you will enjoy the scenic views of Nairobi city, take magnificent pictures and enjoy a meal at one of the restaurants found at the center.

Ngong Hills are the peaks of a ridge overlooking the Great Rift Valley, this beautiful site is situated in the northern tip of the Kajiado County. The name Ngong  is a Maasai word meaning “Knuckles” which is a fitting name to these beautiful pointed green hill resembling the back of a fist facing the sky. Ngong Hills is a beautiful site to visit for an amazing nature treat during a Nairobi tour, the hills is dominated by spectacular vegetation including exotic and indigenous trees such as pine, Cypress, sandal wood, Acacia and croton. The vegetation cover of these hills is mainly determined by the altitude, soil tyoe and human activities.

Ngong Hills hosts a a variety of wildlife which includes buffaloes, wild pigs, porcupine and dik-diks. The hills also has farms which were established by the white settlers who settled at the hills during the early colonial days, there are also  half timbered house and flowering gardens resembling to house of Southern England.

Ngong Hills are explore using several walking trails traversing the hills offering beautiful views of the valleys below and an opportunity to spot various animals  such as gazelles, giraffes, bushbucks among others.

The Railway Museum in Nairobi is an exciting site to visit during your Nairobi city tour if you are fun of the automotive, the museum celebrates the rich history of the railroad in Kenya and its impact on the development of Nairobi city and Kenya as well.

The fascinating locomotive collections displayed at the museum include

The most iconic and favorite exhibit in the Railway museum is the carriage used during the hunt for the Maneater of Kima in 1900, during the hunt Captain Charles Ryalls, a colonial officer positioned himself in the carriage to shoot a man-eating lion. Unfortunately he fell asleep and was dragged out through the window by the lion.

National Archives also known as Kenya National Archives and Documentation Services (KNADS) is an important building in Kenya as a country situated at the edge of the central business district in downtown Nairobi along Moi Avenue. The National Archives was established by an Act o the parliament of Kenya in 1965 and is housed in the old Bank of India building next to the Ambassadeur Hotel and lookout on the landmark Hilton Hotel.

Where to stay in during Nairobi City Tour

There are a variety of accommodation facilities in Nairobi where you can stay during your Nairobi City Tour, these accommodations are categorized as Luxury, Midrange and Budget.