The sight of millions of animals rushing into Mara river infested by crocodile and exciting and bring fear at the same time as animals try to fight for their lives.

Many tourists and wildlife photographers look forward to the river crossing event and many documentaries have been made of this event because of it is fascinating and only viewed in Kenya.

The best time to see the wildebeest migration in Kenya

Over million wildebeests, zebras and crocodiles encounter crocodile infested Mara river while try to crossing to cross over to Kenya. In this dramatic and deadliest event of the migration crocodiles and other predators like lions, cheetahs, leopards and African dogs waiting at the banks of the river attack the migrating herds and the herds have to fight for their life. 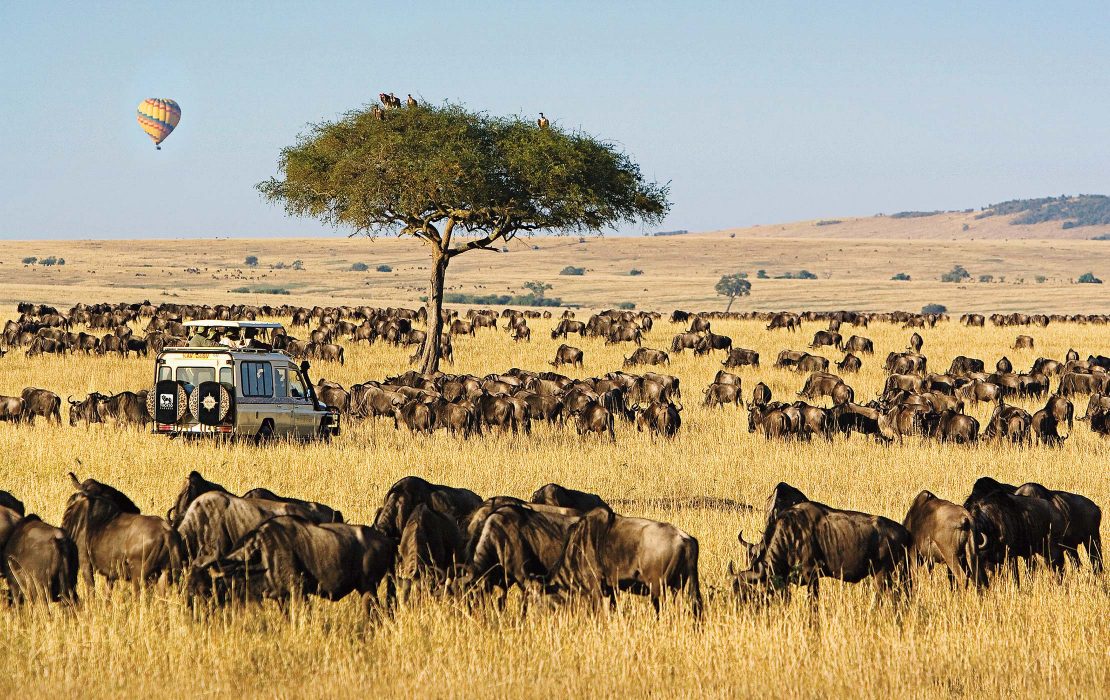 The best time to witness the wildebeest migration in Kenya is between July to September when the river crossing event takes place.