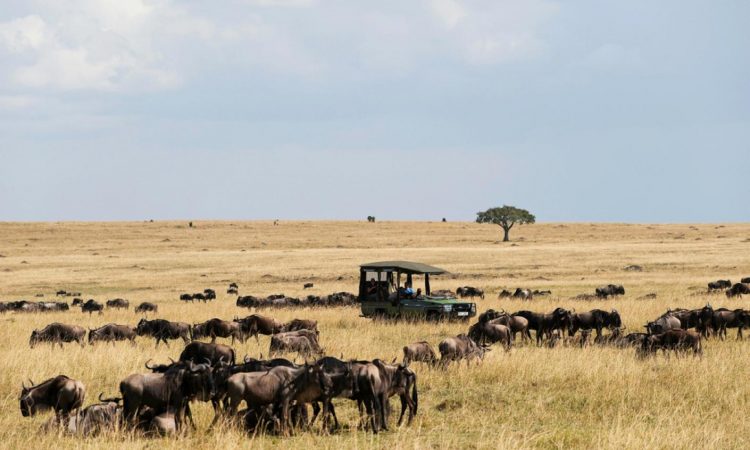 Maasai Mara national reserve is recognized and listed among the best safari destinations in the world for offering not only adventurous but memorable Kenya safari activities.

Morning game drives: morning game drives in Maasai Mara national reserve begin as early 06:00 am are the best option for watching early risers and watching the sunrise over the endless landscape of the reserve. High concentration of animals such as lions, elephants, cheetahs, wildebeests, leopards are spotted before they scatter offer into hiding.

Afternoon game drives: Afternoon game drive are conducted after lunch and they usually start at 02:00pm , on this session of game drive expect to watch many animals such as gazelles, hyenas, giraffes, zebras, cheetahs and many more as they congregate at watering holes to drink water.

Night/evening game drives : Night game drives in Maasai Mara national reserve start at 06:00 pm to dark hours of the night, with a help of a spot light you have an opportunity to spot nocturnal animals and predators as they hunt such as leopards, lions, cheetahs, African wild dogs and many more.

Game drive in Maasai Mara national reserve are done in a 4X4 wheel vehicles with open roofs and with a help of an experienced safari guide, generally game drives in Maasai Mara national reserve are opportunity to watch various animals living in the reserve such as  lions, leopards, giraffes, buffaloes, rhinos, elephants, gazelles, African wild dogs, crocodiles, zebras, cheetahs among others.

Maasai Mara national reserve is a birder’s paradise and one of the most recognized Kenya birding destinations in the country, the reserve is a habitat to over 500 species of birds living in various habitats of the park ranging from savannah grasslands, forests and swamps along the Mara River.

These animals move in attempts of looking of green pasture and water, the most eye catching episode of the great wildebeest migration is the river crossing at Mara river, the river crossing is a deadliest occasion as wildebeests and other migrating herds enter into crocodile infested Mara River. Some of the migrating herds lose their lives in the river and again they face off with the predators such as lions, leopards and cheetahs waiting to feast on the animals.

Watching the great wildebeest migration is watched in the period of June – November.

Walking safaris are such amazing Kenya safari experience offering an incredible interaction experience with nature, this experience gets you closer to nature and appreciate the beauty, wilderness and panoramic views of Maasai Mara national reserve. Walking safaris in Maasai Mara national reserve are conducted on numerous walking trails running through the reserve and on walks you are led by a safari guide and an armed ranger for security purposes.

Hot air balloon safaris are done in a floating balloon lasting for about 2-3 hours starting as early as 6:00 am before sunrise, the experience ends with a picnic lunch served in the wilderness of the reserve and accompanied by a glass of champagne. While on Hot air balloon safari expect to enjoy viewing many animals such as wildebeests, zebras, lions, leopards, cheetahs, elephants, African wild dogs, Nile crocodiles among others.

Maasai cultural encounter is a thrilling Kenya cultural safari done in the Maasai people who are considered to be one of the most hostile tribes in Kenya, the Maasai people live in the communities situated along the borders of the reserve and visiting these people offers a memorable experience. Maasai are nomadic pastoralists depending on livestock rearing as a way of life, while on a Maasai cultural experience you will enjoy local dances, songs and drama, encounter the impressive bomas, the unique clothing style of the Maasai adorned with beautiful ornaments including necklaces and earrings.

If you have booked your safari to Kenya’s leading safari destination you are missing out on a great deal of adventures and fun, book your with us as soon as possible.